We’re met with so many options perusing through the grocery aisles, how can we be sure the food we’re buying is food? Unfortunately, the production of fake or fraudulent foods is rampant in our country, where it’s easy to be unsure about what we’re consuming. In our latest free webinar, Susan Eichorst, PA-C, MMSc, explains what fake foods are, which we’re most duped by and how to best avoid them.

Let’s first start with a definition of food: Any nutritious substance that people or animals eat or drink, or that plants absorb, in order to maintain life and growth. Simple enough, right? Well, it’s not uncommon to purchase a product that ends up not being what you thought it was. This is called fake food, and it’s been around for centuries, as old as markets and food vendors have been in existence. Not only are food companies defrauding consumers economically by not disclosing exactly how their foods are made or what they’re made with, but they’re contributing to a great deal of chronic illness.

Here are some examples of fake foods:

What can we do to avoid fake foods?

When we don’t take the time to learn what we’re eating, we’re letting someone else tell us what is “food.” Here are some steps we can take to avoid being misled and make healthier choices:

Finding out where your food came from, when it was labeled and what it’s made with will all take some effort on your part, but it will be worth it in the long run. For example, if it was made in a plant or arrived through the window of your car, it’s best not to eat it. We can all do our part to make healthier decisions about our food and send a strong message to the food industry that transparency is what we need to do that.

We hope to partner with you on your journey toward optimal health and wellness! Watch the full webinar today and reach out to the BESANA Health & Wellness team by calling 303.327.7300 or requesting a consultation online.

Start Living the Life You Deserve! 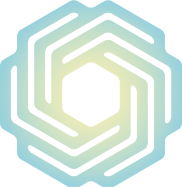 BESANA Health & Wellness is a partner practice with Atagi Plastic Surgery. After 18 successful years of serving her plastic surgery patients, Dr. Atagi founded BESANA to empower her patients to live their fullest lives, providing a holistic and preventive approach to wellness in a culture of community.

*Results are not guaranteed and may vary from person to person. Downtime is subjective to individual pain tolerance.
Before and after photos are not to be taken as guarentees for expected results.
© 2022 BESANA Health Wellness All rights reserved.

Built by the team at Acara Partners