We know that wellness is created from the inside out. It’s not about what we do to you but rather what we positively accomplish and create together. BESANA Health & Wellness is here to help you establish and discover your optimal path to wellness, whether that means repairing a health foundation or building a new one that’s unique to you and the life of your dreams. We take every aspect of your well-being into consideration, from your head to your amazing toes, from your muscles to the food you eat.
We truly can’t wait to be your partner in wellness. It is our privilege to serve you!

Serving the Denver area since 2003, Dr. Atagi is one of the few board-certified female plastic surgeons in the Denver area. Dr. Atagi’s commitment to patient service and passion for comprehensive care impacts each patient relationship and has inspired her most recent venture, BESANA Health and Wellness. Dr. Atagi created BESANA Health & Wellness to meet a rapidly growing yet unmet need in health care for a preventive approach to wellness. Their mission is to make BESANA your one-stop-shop for head-to-toe vitality, a restorative venue and inspiring forum for discovering the elements of your optimal life.

A doctor of chiropractic, functional medicine, epigenetics, clinical nutrition, and genomics, Dr. Messer comes from a family of alternative and traditional health care providers dating back 200 years. After training and studying with Dr. Jeffrey Bland, the pioneer of functional medicine, Dr. Messer became one of the first health coaches in the U.S. in 1990. Dr. Messer has studied and worked as a trainer and competitive women’s sports coach between 2000 and 2012. He studied under Dr. Bill Moreau at the U.S. Olympic Committee’s Sports Medicine division in Colorado Springs, specializing in concussion and injury management from 2006 to 2008. He has studied advanced women’s functional health, cancer preventive and rehabilitative therapeutics in Germany, Mexico, and the U.S., and been an educator in clinical nutrition, enzyme therapy, and epigenetics for health professionals in the U.S., Canada, and the U.K.Throughout his career, Dr. Messer has received numerous awards, including America’s Top Chiropractor’s Award for exceptional client service in 2004 and 1998 (in online patient reviews), Who’s Who of Professionals in 1997, and the Merit Award for Outstanding Clinical Performance (awarded by peers and superiors) in 1985.Dr. Messer has dedicated his career to building and restoring optimal function and wellness for his patients to help them experience joy, vitality, and energy. He is thrilled to be joining Dr. Atagi at BESANA Health & Wellness to help patients live their best life possible.

Similar to Dr. Atagi, Emily is a lover of the arts, and originally moved to Colorado in 2007 to attend the Art Institute of Colorado and pursue her dream of becoming a photographer. Needless to say this has made her a perfect fit at Atagi Plastic Surgery and Skin Aesthetics with our aesthetic mentality toward medicine. As Patient Services Coordinator since 2012, Emily is able to combine her passion for the arts with years of impeccable customer service and management experiences in order to satisfy all patient needs. In her spare time, Emily enjoys running her photography business, playing cello, and spending time with her husband, dogs, family, and friends.

Susan has been a part of the Denver medical community since attaining her degree from Emory University in 1999. Before arriving at Atagi Plastic Surgery and Skin Aesthetics, Susan gained experience in a variety of different fields, including plastic surgery, general surgery, urology, ophthalmology, and dentistry, giving her a diverse outlook on cutting edge medical techniques and methodology. She is a strong believer in personalized and individualized treatments for each patient. Susan joined our team in 2015 and is our full time bio-identical hormone replacement and wellness provider. In her spare time, Susan enjoys hiking, golfing, attending concerts, and international travel.

Becky received her nursing degree from Bethel College in 1994, and has been a Nurse Practitioner since 2001 after attaining her graduate degree from Regis University in Colorado. Becky specializes in the field of women’s health, specifically the management of high-risk pregnancies. Becky has been with us since 2014 and works closely with Susan in the bio-identical hormone replacement and wellness side of the practice. In her spare time, she enjoys coaching volleyball, assisting on medical mission trips, and spending time with her husband and two daughters.

Originally born in Olympia, Washington, Calloway was raised and has resided in Colorado most of her life. After high school she got several courses under her belt from CSU; psychology, sociology, and social work to name a few. It was clear from the get-go that she had a passion to better understand people, and now with this knowledge, aspires to personalize every patient interaction. Recently having spent the last 6 months living in Juneau, AK working as a CMA for a family clinic, she decided to return home for both the warmer weather and to seek a more focused practice! She has found just that and more as the newest member of Atagi Aesthetics. When not at work she enjoys get-away day trips to nearby mountain towns, movie watching and live music.

Hailing from Buffalo, NY, Heidi has called Colorado home since 2003. After over 17 years in payroll/accounting, she decided to change careers and returned to school for her Medical Assisting Certificate in 2017. When she’s not at work, Heidi enjoys watching movies, reading, and spending time with her family and English bulldog, Osbourne.

Brittany is a dynamic Registered Nurse with years of experience in both critical care and aesthetics. After receiving her nursing degree from Indiana University in 2010, Brittany went on to the National Laser Institute to broaden her expertise and become a Certified Laser Technician—and her education didn’t stop there. Brittany moved to Colorado in 2014; it was there she discovered her love for aesthetic medicine and skin care, achieving an advanced certification in Botox® and dermal filler treatments. Brittany has received additional training in Novathreads, PRP, Kybella, Ultherapy, and non-invasive body contouring. It’s this incredible versatility that makes Brittany such a crucial asset to our team, not to mention she’s such a friendly person!
During her free time, Brittany enjoys spending her time outdoors. She goes hiking and snowboarding every chance she gets!

Griselda was born in West Texas and lived in Austin, Texas before moving to Parker, Colorado. Experienced in blood banks and family practices, Griselda has been doing phlebotomy and working as a lab assistant since 1999. Griselda married in May 2019 here in Colorado. “Just my husband Wesley and I are here,” she says. “On our free time, we love going to live concerts, sports events, enjoying the outdoors of Colorado, and going to Texas every chance we get with our dog Montana!”

Start Living the Life You Deserve! 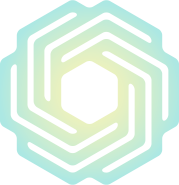 BESANA Health & Wellness is a partner practice with Atagi Plastic Surgery. After 18 successful years of serving her plastic surgery patients, Dr. Atagi founded BESANA to empower her patients to live their fullest lives, providing a holistic and preventive approach to wellness in a culture of community.

*Results are not guaranteed and may vary from person to person. Downtime is subjective to individual pain tolerance.
Before and after photos are not to be taken as guarentees for expected results.
© 2020 BESANA Health Wellness All rights reserved.

Built by the team at Acara Partners